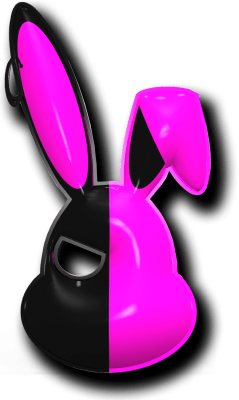 I once took a dump that looked like a question mark. I stared long and hard at it (the turd itself was long and hard, I figured it deserved consideration in kind), and saw the cosmic query before me. “What are you doing with yourself? Are you *really* happy with your relationships? Your career? Your *life*?
Three weeks later I had dumped a girlfriend who, as it turns out, had been cheating on me and quit my dead-end job at a Fortune 500 engineering firm to become a trite comedy writer. I couldn’t be happier.
It’s that kind of scatological soul-searching that brings us Eros Myth. Not content laboring under Christian dogma and casual leporiphobia that seems to pervade every other park, children’s party, even Hollywood (see: 1983’s ode to commercialism “A Christmas Story”), these two Easter bunnies years ago shed the shackles of candy eggs and fake plastic grass that you find in your underwear six months after the fact. They’re the hardest partying fluffy freaks you’ve never heard of.
And there’s definitely something wrong with them.
When Cuddles and Vladimir Crincklesack aren’t locked in the studio surrounded by empty boxes of exploding confetti and Jägermeister-branded lingerie, you might catch them bouncing about downtown, trolling drunks and dogs alike, trying to get a rise out of anyone who glances their way (it’s been reported that they fuel their found sound addiction with confused stares. Huh?). You’d think it would be easier to talk about two fat, furry, sociopathic rabbits that make their living in front of huge groups of sweaty, sinful humans, but somehow people tend to ignore anything that they see that isn’t a fat, furry, sociopathic Kardashian. 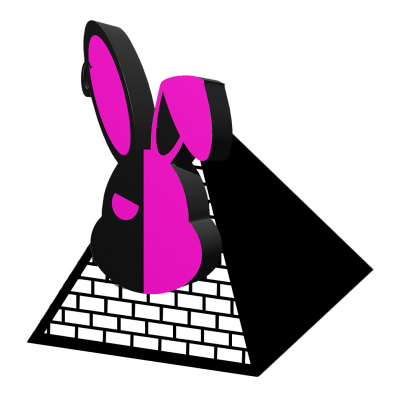 Their career in party mode has been long and hard. While no one is sure, scientists think they originally hail from somewhere in Eastern Europe, due to barely-substantiated rumors about something called “The Peach Pit Incident” (think of it as a more pleasant Hiroshima). Both of them bear a distinct notch-shaped scar in one ear, reminiscent of a wildlife tracking tag that’s been chewed away. Water samples taken in cities that they’ve played show a drastic increase in fluoride concentration for weeks following their departure, and local residents often report an unusual but pleasant scent of tarragon lingering in their clothing.
Eros Myth once had cushy government jobs sneaking into homes on Easter eves, stashing their wares and sneaking out undetected, but turned their puffy little tails towards the Hallmark holiday to dose ears many times smaller than theirs with electro-lush dance tunes. What made them do it? The reclusive duo haven’t allowed an interview, at least not one that hasn’t been almost completely redacted – most of what you’ll find in a search are just incoherent rambling about color theory and a few mostly-black pages with only the words “thirsty” and “horse” (or possibly “hose,” they tend to mumble) visible. It’s only possible to *speculate* about their reasons for hopping to the beat of a different drum.

So why haven’t they made a bigger splash on the scene? Easter bunnies quitting the jobs they were literally born to do in order to make brain-bending dance tunes is only slightly less weird than a fish with a fear of water. And let’s be honest – two giant, hard partying rabbits wielding keytars like AK-47s should attract at least a *little* attention, especially in a post-PRISM world.